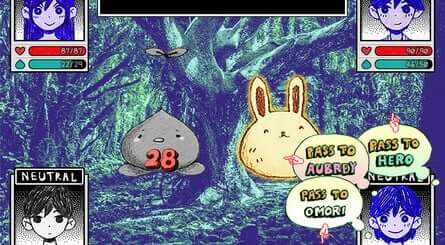 The role-playing game from OMOCAT impresses with its unique art style and should appeal to fans of classic role-playing games. You play a reclusive boy named Sunny and his alter-ego Omori. Together you explore both the real world and a dream world in which you face serious issues such as anxiety disorders or depression.

OMORI was released for PC back in 2020. Now the indie game was released last Friday for PlayStation 4, Nintendo Switch and Xbox One. The title has since resided in Xbox Game Pass and is available to all members. If you want to get a little insight into OMORI, you can watch the following trailer:

The game has drawn comparisons to both YumeNikki and Earthbound, and it’s a turn-based RPG that’s both thrilling and emotional. Throughout Omori, players will control four different characters that travel between worlds. the popular surreal horror RPG Omori is now available on Xbox Game Pass for Xbox One, Xbox Series X, Xbox Series S, PC, and Xbox Cloud Gaming!

Autonauts are Available for Xbox and Consoles Launch Date and Trailer