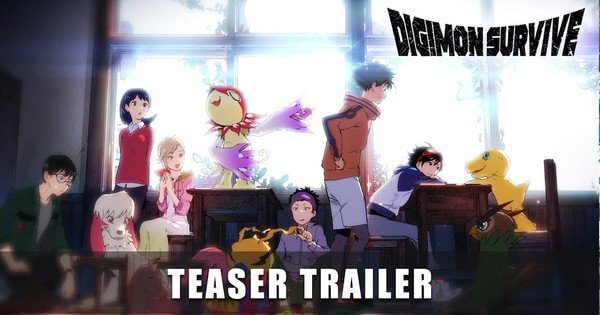 Digimon Survive sends you into a mysterious world full of dangerous monsters and deadly battles that will test your survival skills. In the shoes of protagonist Takuma Momozuka, you’ll directly impact the outcome of her adventure through a variety of potentially difficult choices, including how your Digimon are digitated, the relationships you form with NPCs, and more.

Somewhat strangely, the trailer is being touted as if it were an announcement of the video game’s release date even though it was confirmed to be launching in North America on July 29. It is possible that the company wanted to repeat this fact on a larger scale, attaching it to new shots, given that it has previously been delayed repeatedly.

“First of all, we would like to thank you for your patience and continued support for Digimon Survive,” said Digimon Survive producer Kazumasa Habu in part when it was postponed to 2022. “Our original goal was to launch Digimon Survive in 2021. With That said, given the need to devote more development time, it is necessary to move the game’s release date to 2022. Although this decision was not an easy one, we want to make sure we use that extra time to improve the quality of the game.”

After getting lost on a school trip, Takuma Momozuka finds himself transported to a world inhabited by ferocious foes and new allies,” the official description of Digimon Survive from Bandai Namco reads. “Join Takuma and his friends as they fight their way back home. Craft your story in this thrilling visual novel with turn-based combat.”

As noted above, Digimon Survive is set to release for the PC, Nintendo Switch, PlayStation 4, and Xbox One on July 29th. It is available to pre-order wherever such things are sold. The PS4 and Xbox One versions are compatible with the PlayStation 5 and Xbox Series X|S consoles, respectively. You can check out our previous coverage of the upcoming Digimon video game here.

What do you think about the new Digimon Survive trailer? Are you excited to check it out when it releases next month?