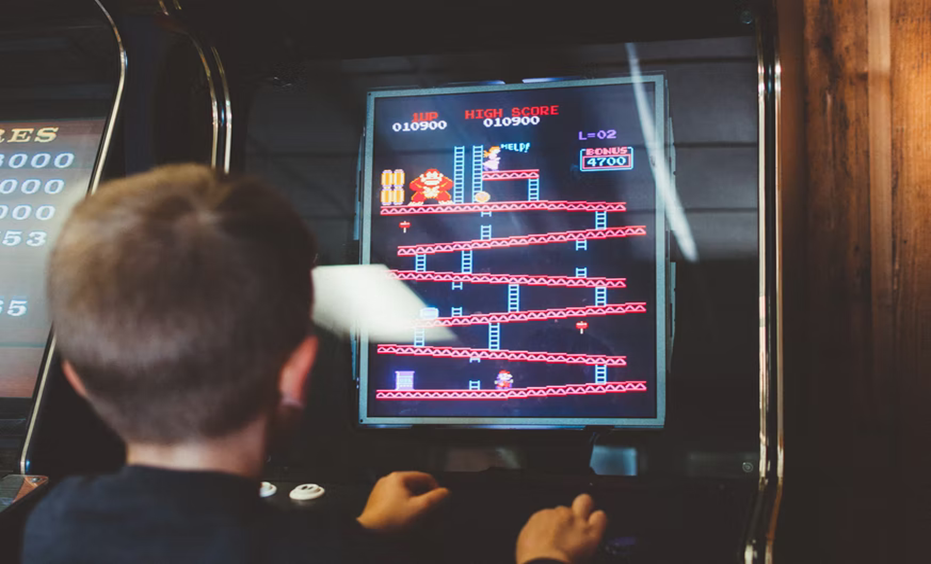 Playing games is not bad. But when does playing a game become toxic? When does something become an addiction?

“Gaming Disorder,” a term related to video game addiction, has been added to the 2018 book of medical references, International Classification of Diseases by The World Health Organization.

There is a controversy about video game addiction comparable to gambling, drug abuse, or alcoholism. Video games are, by nature, addictive, and they are developed in a way that players keep coming again and again.

They are designed so that it is challenging enough to make a player keep trying while also not so challenging that the player quits it.

What is a video game?

A video game is interactive graphical software that lets the user pick a character and have an adventure in the virtual environment.

Video games in the old times used to be simple, and it was meant to be played by a single player and complete a mission or beat a high score. Even those video games were addictive. Since the world is moving towards the online era, games have adapted this online game playing style.

A player in any corner of the world can play with global people. Various online role-playing games and online multiplayer games like League of Legends, World of Warcraft, Minecraft, Players Unknown Battleground (PUBG), Freefire, Fortnite, DOTA, Call of Duty, Valorant, etc. are some of the most addictive games of today.

Some of the most affected age groups by video games are the kids. Adults have the self-control to not play because of their responsibility. But children do not have self-control and such duties, so they play anytime they get a chance.

When does addiction to video games start?

Kids these days are gifted electronic devices from their childhood. A child spends time with mobile devices as soon as they open their eyes which makes them hooked on techs and the virtual world. They learn to use it like a pro adult. Their age is at a point where they can learn things quickly.

Most gaming disorders occur in males. There are signs to watch if someone is playing too much. It starts when a child spends most time in gaming sessions, which is the first clue about video game addiction.

What does playing video games mean to different people?

Is ‘Gaming Disorder’ worse than drug abuse or gambling?

No, gaming disorder is not something comparable to drug abuse or gambling because they are the worst addiction someone can ever have. Recovery is hard from substance abuse and gambling, but it is similar to some other kinds of addiction like coffee and cigarettes.

Gaming disorder does not involve any financial stakes or material loss like gambling. And no real life-threatening conditions and dependence on a substance that puts the health and well-being of others in jeopardy like substance abuse.

Are there any effects of video game addiction?

Like any other addiction, video game addiction also affects the addict. The effects can be categorized into two, emotional and physical effects.

Are there any detox and recovery from video game addiction?

There are some detox and recovery ways from video game addiction, and Self-realization is the first step toward recovery. After that, one can proceed with the following methods of healing.

These are some of the detox and recovery ways from addiction to video games. If you see anyone you care about with the signs mentioned above, help them from such addiction.

If they are already addicted to video games, make them realize how video games affect them and the people around them. Make them feel what they are missing in the real world. Always be nice to them. That way, they can heal quicker from it.

Why SHould You Consider Investing in PC Cases?