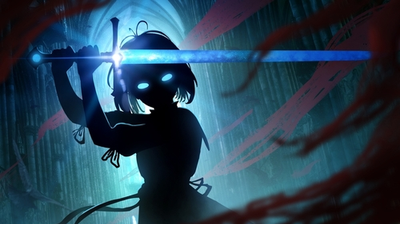 The gaming mastermind strategies in the Path of Exile to fight the battles and win the sessions.

How To Fight The Mastermind in PoE

The Immortal Syndicate is on the verge of encroaching onto the sinister shores of Wraeclast and its up to the Exile, that they hoped to beat without any preparation will chew them up and screw them into pieces. The Betrayal League that introduced a few novel mechanics into the game, some of these are complex interlocking systems and take a while for players to wrap their heads around. You can buy PoE Currency for Exalted Orbs, and start strategizing your gameplay to better farming items to sell on a PoE market. However, primarily the player has to emerge victorious while facing the members of Syndicate, and they are lethal and actively operational in any zone you enter.

There will be a huge number of green wars or attacks amid the fight, where Caterina fights with fire damage and physical destruction.

Things to consider for the fight are fire resistance that is capped, 5000 above EHP, granite, basalt, quicksilver flask, dash or high mobile skilled gem. Get access to PoE Currency to stock up everything you need.

When you make an entry to the Masterminds Lair, you get into the Forbidden Vault where you get to know that the mastermind is none other than Caterina, you need to defeat her there while she defends herself with fierce attacks. After enough damage is done, Caterina comes out with zombified versions of Jun’s family to personally attack you, when you defeat them, Caterina retreats through a portal and runs away to the Sculpture Garden.

The sculpture garden is a vast square area with 4 logos in specific four corners and a big statue placed at the center. The fight goes on and when Caterina’s health pool attains a value of 90 per cent, she will be sent to the center of the square area and some of the Syndicate leaders will be released to attack you, meanwhile, she heals and gets ready to resume her assault, the statue towards the center starts to cast spells periodically and unleashes them in a clockwise stance.

If you defeat Caterina once again, those corner logos will connect you to a green line. Catarina can’t be attacked at this point, she is at an invulnerable stage, you have to run to the logo connected to your path and wait there for a few seconds and wait for the logo to be destroyed, you will face the destruction as the logo explodes, the area will go through severe damage, and you will need to step out of it. After all this, Caterina will be again teleported to the center of the area and another syndicate leader will be released to attack you and fight with you till she heals. The phase continues till only one logo is left and all the ads have been killed and Catarina will clear off the last logo herself, and finally when her health pool repletes to 0, the game is over. The game becomes a part of PoE trading when you start to buy Exalted orbs and start playing commercially as well.

When Caterina flees in the game, you can chase her by making your way through the Unearthed Hideout. This is a phase you need to cut through before arriving at the Sculpture Garden, by killing monsters and finally reaching the garden.

Abilities And Attacks of PoE the Masterminds

Some of the items or attacking weapons need to be intact and placed in your armory before you play. You can always PoE currency to fetch the items and maintain a valuable balance in the game and the PoE market.

Caterina can unleash a particular number of souls to bomb an area around her vicinity. It creates around 2103 to 3154 range of physical damage, of which 50 per cent of the entire physical damage has been converted to fire damage.

Caterina unleashes and lets out a soul that probably is expected to explode in the main central area, being of a great impact. It creates a 1403 to 2103 range of physical damage, of which 50 per cent of the entire physical damage has been converted to fire damage.

Caterina gives rise to various skeletons having a voice line saying, “arise my children”, the skeletons loiter in the ground for approximately 10 seconds, and then they become alive and functional again, they crawl to your side and explode on touch or impact. It creates physical damage in the 876 to 1314 range, 50 per cent of the damage is transferred to fire damage. However, when these skeletons are flashing you can easily walk over them to avoid destruction and damage.

Caterina slashes herself with a scythe in front of the gamers or at the view itself. It creates a 1902 range to 2853 range of physical damage.

Caterina hits straight away to you, she will teleport on top of your being, and after a while, will hit you with a large absurd slam. She can teleport to you many times before the slum. 4

Fighting the mastermind is not a simple row to hoe. You can only fight the mastermind if you have managed to procure adequate intelligence from the syndicate by ending up with the safehouses and questioning the leaders. You need to figure out the fight well and then chase through them and make your win accordingly.